Everything else is just standard.

Not plastic, metal. No muffled, mids-centric sound but tight low mids and present treble. No problem with feedback, spill or handling noise; instead, maximum flexibility for the voice: the e 835 is a solid choice for performers. Moderation and singing remain crystal clear and natural, even at varying distances from the capsule. Its extremely rugged construction and uncomplicated handling make the e 835 the first choice for rehearsal rooms, home recording or the stage. It has also become a top seller in its class everywhere that speech intelligibility is critical: lectures, presentations or conferences in auditoriums large and small alike.

100.0% of Reviewers Would Recommend this product to a friend
Specifications

What's in the Box 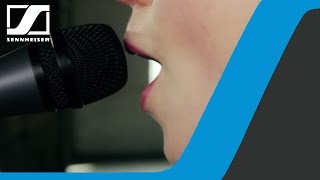